His Eminence meets the head of the Student Affairs Department at the college
17 November, 2021 by

His Eminence Sheikh Ahmed bin Hamad Al Khalili, General Mufti of the Sultanate, met with Dr. Saadoun bin Hussein Al Hamdani, Head of Student Affairs Department. During the meeting, opinions and ideas were exchanged regarding the depth of the foundations of the Holy Qur’an and the Prophet’s biography with all the sciences that served humanity throughout the ages. After that, Dr. Al-Hamdani presented his Eminence Sheikh Al-Khalili with a draft of his book, which is considered the first of its kind in the Sultanate and the Arab world, entitled (The Holy Qur’an and the Art of Diplomacy). The doctor presented a brief explanation of the chapters of the book, which showed that all diplomatic theories taught in foreign schools are present in the Holy Qur’an more than 1400 years ago. His Eminence Sheikh Al-Khalili blessed these efforts, which reflect the nobility and authenticity of the Islamic religion in all arts, including diplomacy, and praised the Oman College of Management and Technology for embracing national competencies. The meeting was attended by a group of scholars and sheikhs of the Sultanate, including Sheikh Muhanna Al Kharusi. 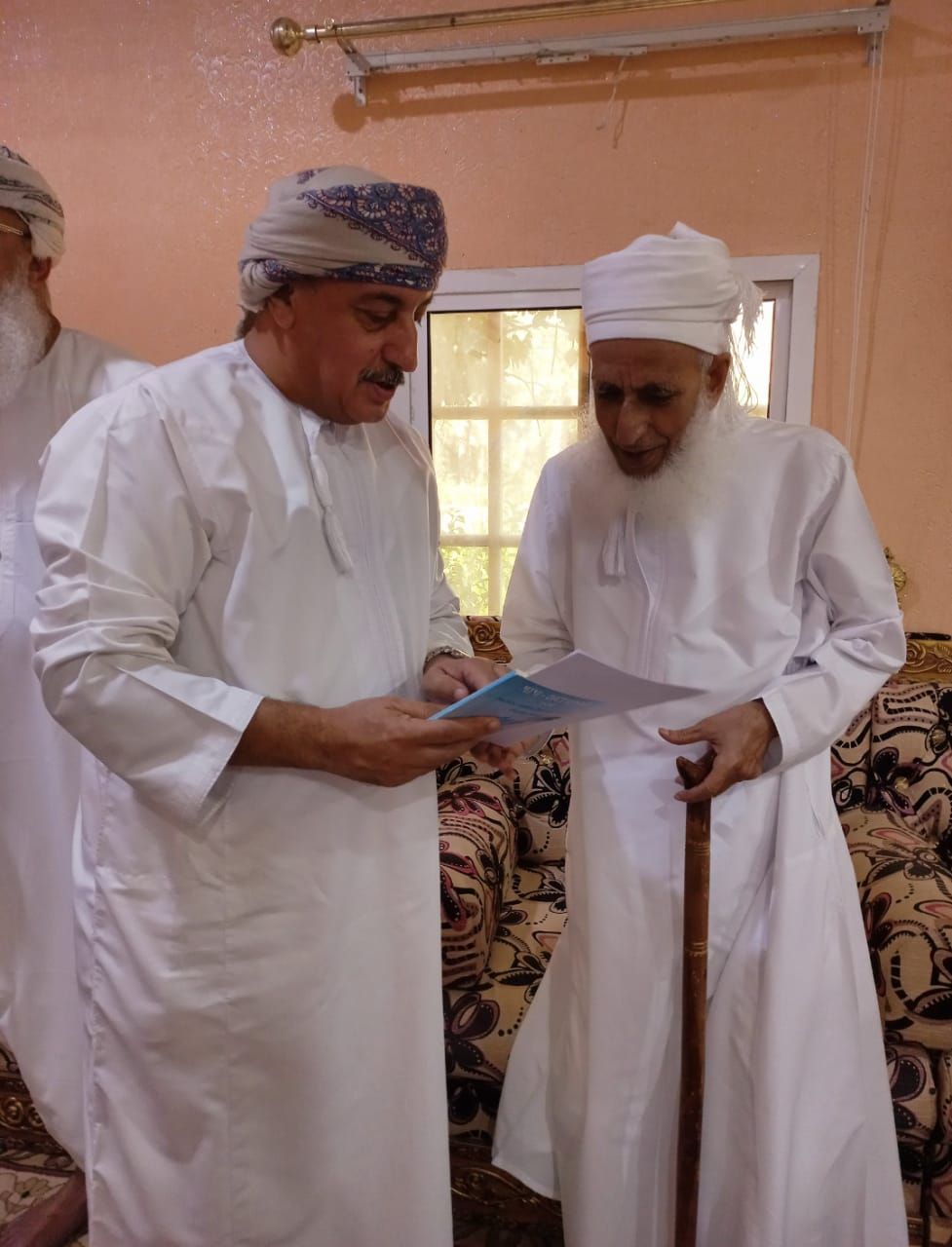