Oman College of Management and Technology celebrated this evening the graduation of 388 graduates among the graduates of the 14th and 15th class of its students in the various  spatializations of the college. The celebration took place on its open stage at the faculty headquarters in Halaban, under the auspices of His Excellency Dr. Nasser bin Rashid Al Mawali, Undersecretary of the Ministry of Economy.

The ceremony began with the national anthem, and then read out from the Holy Quran, after which Professor Dr. Walid Hamidat, Dean of the College, welcomed the graduates and their families thanked them for their efforts and congratulated them for reaping the fruits of that effort, which lasted years in order to see their children in graduation uniforms and share joy. He also pointed out that the postponement of the graduation ceremony over the last year and a half was due to the repercussions of the pandemic and in line with the directives of the High Committee charged with examining the mechanism of dealing with the Corona virus, and a commitment Precautionary health procedures.

The President of Yarmouk University, Dr. Islam Masad, delivered a speech in which he expressed the highest of congratulations to the graduates and their families and Oman College of Management and Technology.

After that, the decision of graduation was read, then His Excellency Dr. Nasser bin Rashid Al Mawali, Undersecretary of the Ministry of Economy sponsor of the ceremony, handed over graduation certificates to graduates and honored the outstanding students on their specialties. He then presented Mr. Ahmed Al Shanfari, Vice Chairman of the Faculty board of directors, a souvenir to his Excellency the patron of the ceremony, and exchanged souvenirs on this occasion between the Dean of the Faculty of Management and Technology and the President of Yarmouk University. 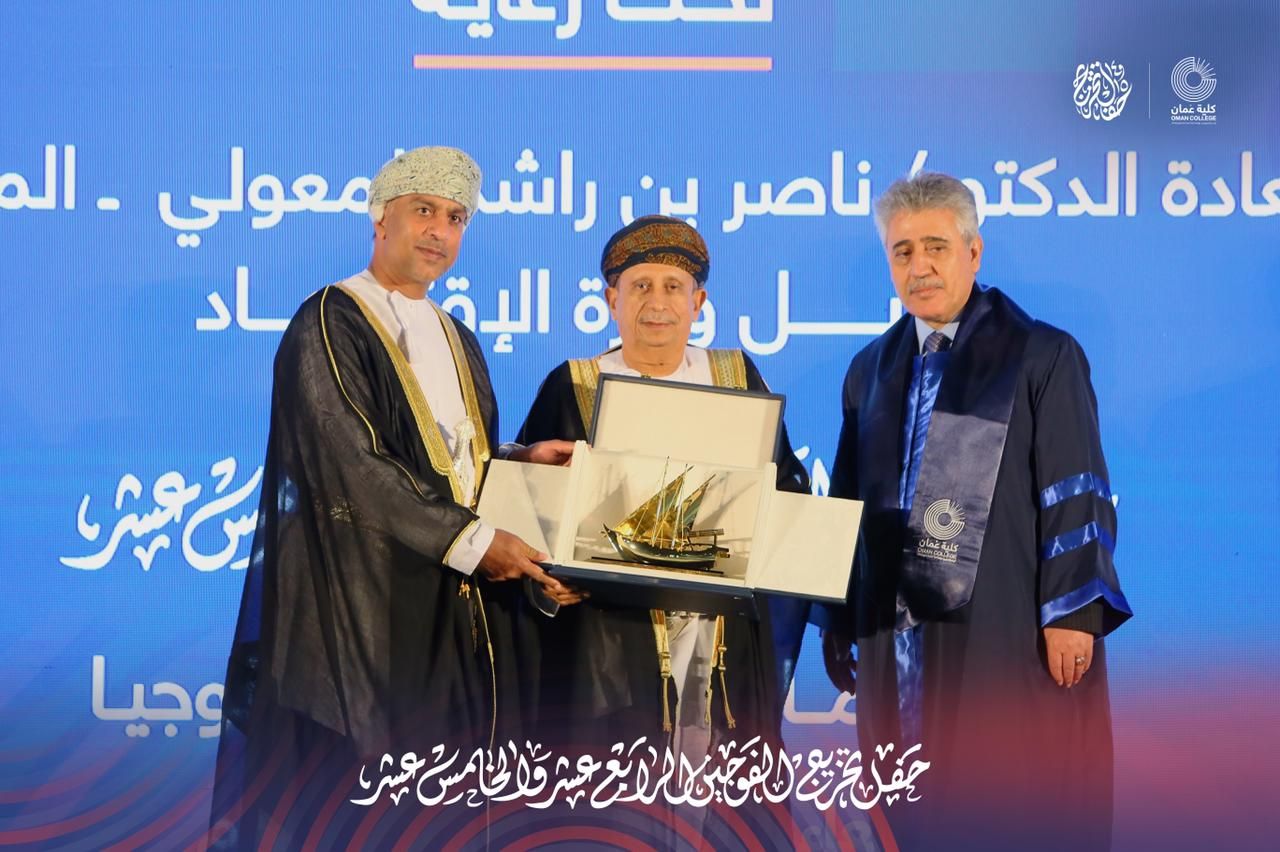 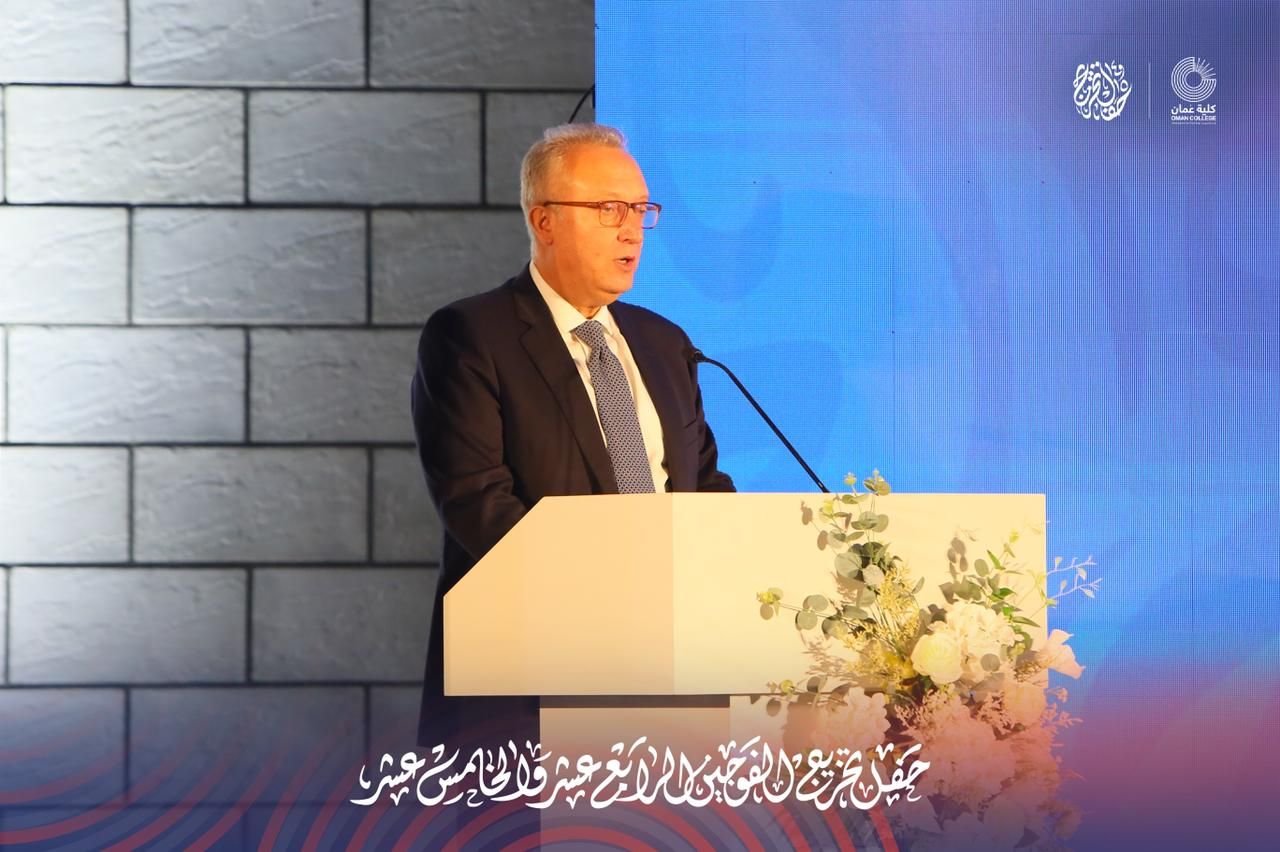 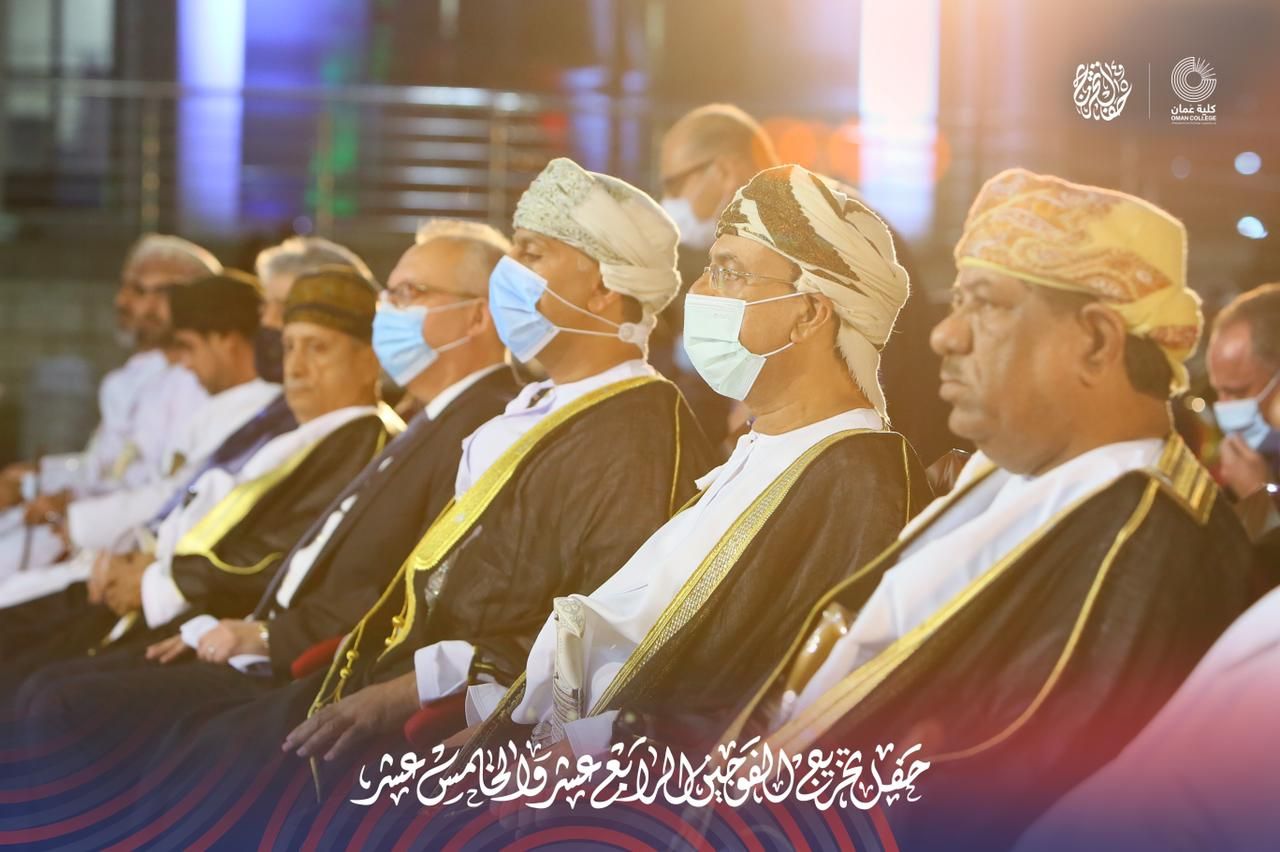 The College honors the President and members of the Student Council