The college celebrating on the occasion of the 52nd glorious National Day
22-11-2022
23 November, 2022 by
Oman College of Management and Technology, OCMT TSD

The Oman College of Management and Technology organized its annual celebration on the occasion of the 52nd glorious National Day, coinciding with the Sultanate’s celebrations of this occasion, on Tuesday, November 22, 2022, under the generous patronage of His Excellency Sheikh Abdullah bin Muhammad Al-Buraiki, Governor of Barka, and in the presence of both Prof. Dr. Waled Hmedat, Dean of the College, his assistants, members of the academic and administrative staff, with the wide participation of college students, and invitees from various governmental and private agencies in the Sultanate. The ceremony began with the royal anthem, then a fragrant recitation of the Holy Quran, followed by the student Ahmed bin Mustafa Al Busaidi from Al Wafaa Social Center in the Wilayat of Al Amerat. The ceremony also included a variety of activities, including an exhibition of plastic arts, photography and a bazaar, in addition to a show executed by Al-Wafa Social Center, entitled: “In Love with Oman”, through which the participants expressed the folklore in the various governorates, and the relationship of the Omani person by sea. Then the poet Hamid Al-Saeedi presented a patriotic poem entitled: "Oman Glory". In this context, the members of the student clubs at the college presented a group of events that contributed to enriching and enhancing the ceremony. Where the students of the Music Club presented a musical operetta, which received great interaction from the audience. After that, the members of the Cultural Club presented the closing paragraph, which was represented by a play entitled: "Time". Where the Omani sailors' relationship with the sea and ships was translated. Then, the Dean of the College presented the college shield in honor of His Excellency the sponsor of the ceremony for his generous sponsorship. He also thanked and appreciated the honorable attendees, and honored the participants who contributed to the success of the ceremony. 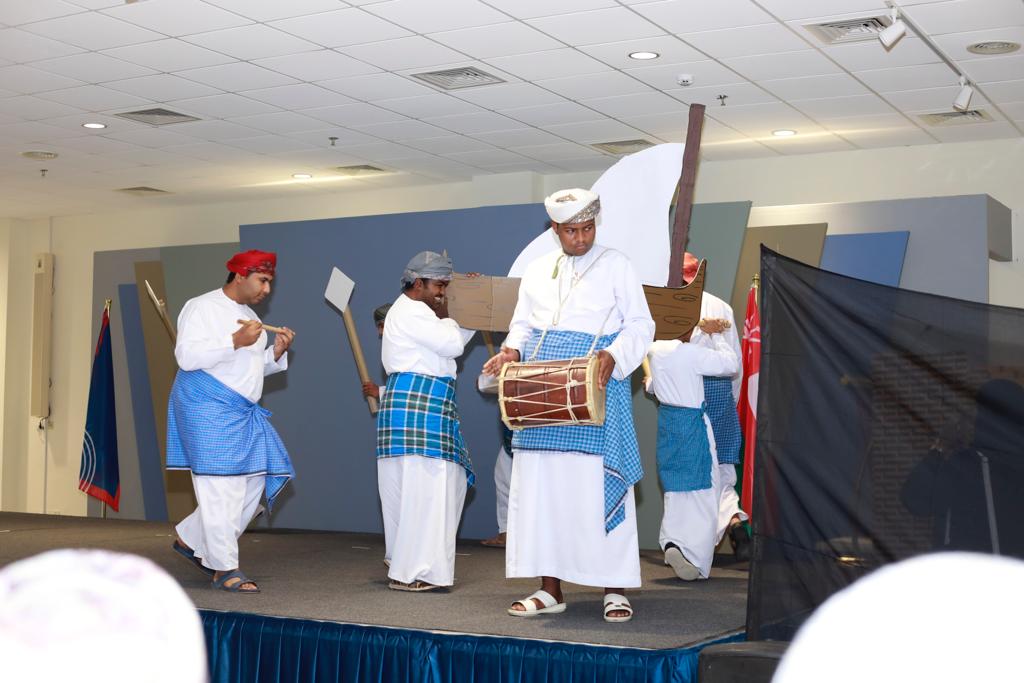 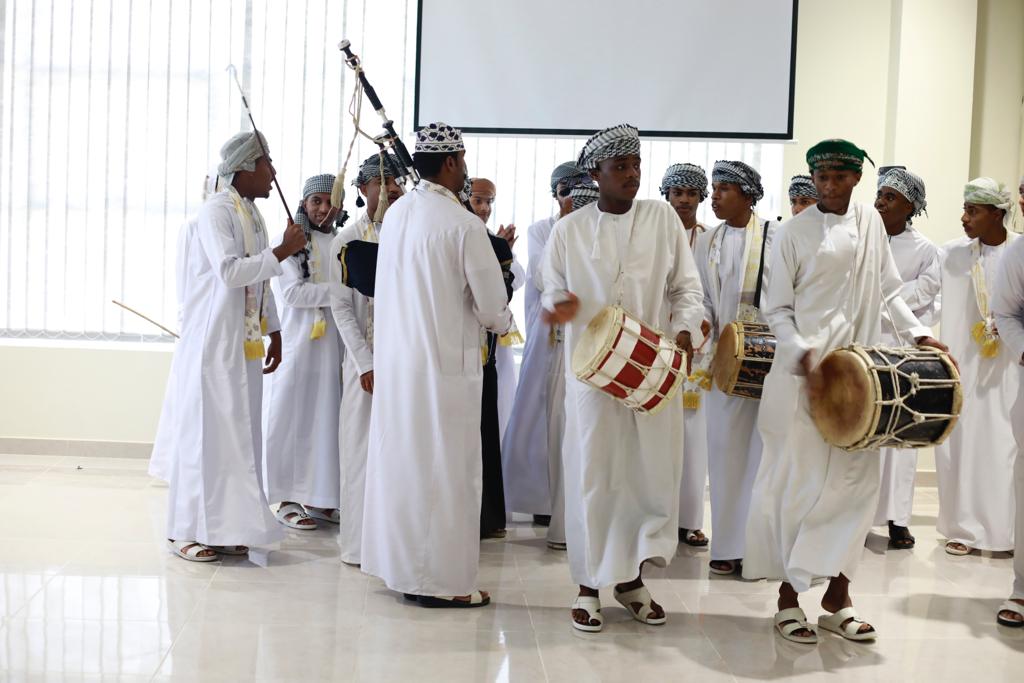 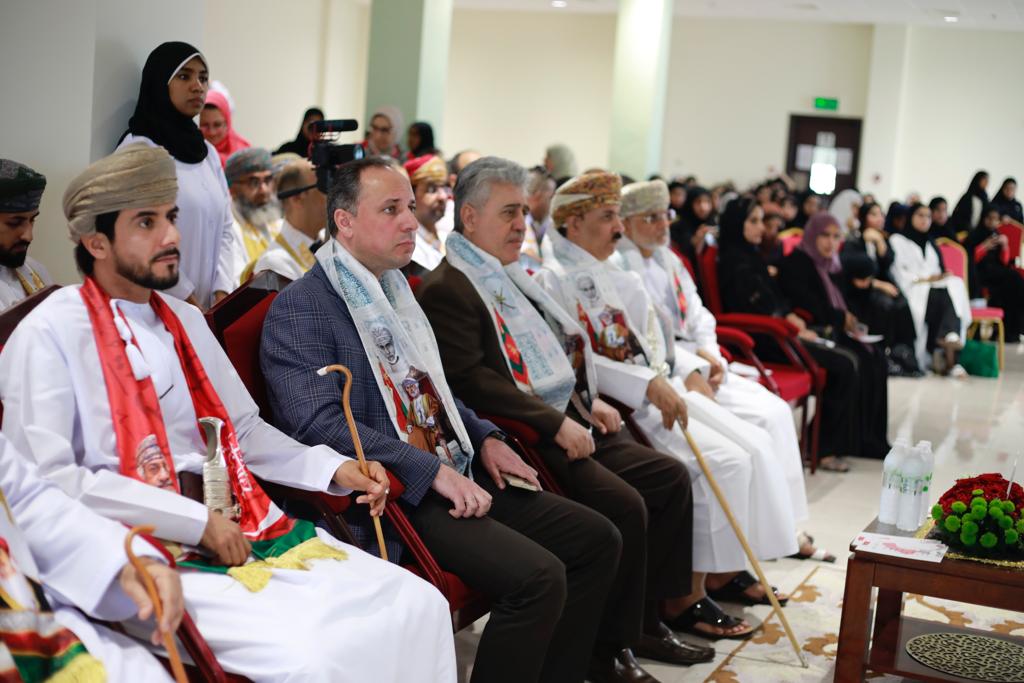